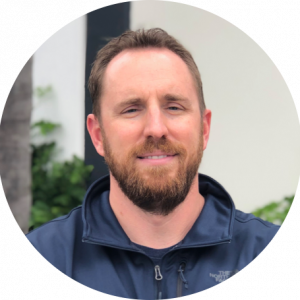 but you are not back to normal... what now?

Allen graduated from California State University, Fullerton, earning a Bachelor’s degree in Kinesiology with an emphasis in Athletic Training in 2004. During this time, Allen worked closely with the 2003 College World Series Cal State Fullerton Titan baseball team, as well as Fullerton soccer, softball, tennis, and wrestling, along with the Diamond Ranch High School football.

His professional interests include injury rehabilitation, strength & conditioning, performance enhancement program development, personal training, and health coaching. Allen resides in Huntington Beach,Ca where he enjoys the beach life with his family and friends.

WANT TO TAKE CONTROL OF YOUR BODY? LEARN NEW SKILLS TO IGNITE YOUR POWER.

Too Busy to Commute?

I Come to Your Home or Office!

My job is to save you money!

Instead of paying $150 monthly to a gym and not go, I offer a personalized program that you will be looking forward to each week.

If your gym is too crowded, full of ‘big-muscle’ guys and people who are there to show off clothes and chat away, it is time to consider an environment where you are the center of attention.

With me, the focus will be your health, function, form, practicality, goal setting, fun, and the whole you.

try a free session with me

You’ve worked so hard all your life to help others and now its time to enjoy living. If you are in pain, suffer from limited movement or simply can’t enjoy day-to-day life due to injury or aging,  its time to focus on you and have the quality of life you worked so hard for over  the years. I will help you achieve that.

Can I afford it?

You can’t afford not to take care of yourself. By working with me,  we will customize a solution that is not only affordable, but, offers much more value than any gym, or traditional training programs.

Everyone is obsessed with anti-aging these days. We’re all looking for a miracle to get another few years of youth. 100% of my clients reap the benefits of real life anti-aging, due to their dedication and consistency of their program based on sound principles of strength and conditioning, recovery science, and safe progessions delivered in person.

Get back to normal quickly. Science based training offering long-term recovery.

Allen's great expertise and knowledge has gotten me through tennis injuries in the past. Most recently, it was his planning of pre / post operative work that helped me to get back on the courts quickly after my surgery. I am truly grateful for his dedication to his work and commitment to his training and education.
Susan Duffy, MFTMarriage & Family Therapist
“ His vast knowledge and expert guidance helped me get back on the ice after various major injuries and surgeries... I would absolutely 100% recommend working with Allen to people of any age or fitness level! ”
Kent Huskins Business Owner & Retired National Hockey League Player
"After suffering a knee injury and going through rehab, I started seeing Allen to work on my lower body strength. He is very knowledgeable and very passionate about his work and his clients!"
Brooke Sweat Olympian & AVP Volleyball Tour Player
“Allen is a true expert when it comes to Corrective Exercise training and displays the highest level of professionalism in the business. He has years of experience perfecting his craft with top-notch athletes and the everyday Joe.”
Chad Beauchamp, CEO, Director of Physical Therapy at REPAIR Sports Institute ​
“Allen is wonderful... He is very knowledgeable about personal training, physical therapy exercises, and patient safety... It was always a pleasure to work with him.”
Ashley FeeSales Support Specialist - Caldwell Banker Preferred NRT
“Allen is very detailed in his training and does a great job of keeping his clients motivated.”
Dan CromwellOwner / President at DBC Advisors
"Allen is an exceptional health care provider that is not only results driven, but has the special ability to connect with all of his clients on a personal yet professional level... I trust Allen with any of my friends and family..."
JAY VILLAREAL, PT, DPT ​ Regional Director at Therpydia
“Allen is not only knowledgable but also relates the information in a very user friendly way. He has a gift and cares about those he comes in contact with. I'm excited for anyone who comes into his care because they will be in great hands!
Mario SotoAdjunct Professor at Santa Ana College; Sport Psychology and Life Coach
“After years of training on my own I finally capitulated to go to private trainer after having so much back pain. Allen diagnosed my weak areas right away and put me on a plan to round out my functional movements and muscle groups. I've been pain-free in my low back since and feel stronger when cycling and running. Two thumbs up!”
Greg SimonBusiness development & private equity investments in real estate, agriculture, energy, and related technologies
“Allen's breadth and depth of knowledge and training abilities are excellent... He has done such a great job customizing my training... I highly recommend him for any level of fitness training for anyone of any age.”
Sue Padernacht VP, Talent & Organization Development ​ Teacher's College of Columbia University
Previous
Next
Read More Reviews

"Losing the baby weight of two kids and still running the household and my career. I have invested the time, money, and energy to get back to myself!"
Melinda D. Down 70 lbs! 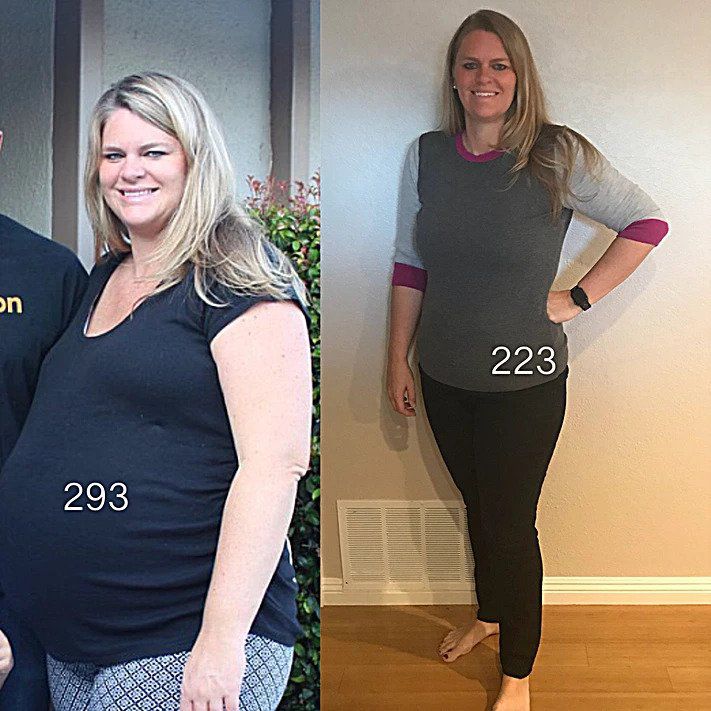 "These special clients trained 6 months to condition their bodies for a trip of lifetime to walk 100 miles of the pilgrimage of Santiago De Compostela in 8 days (October 2016)"
Marcy & Robert G. 100 MILES IN SPAIN 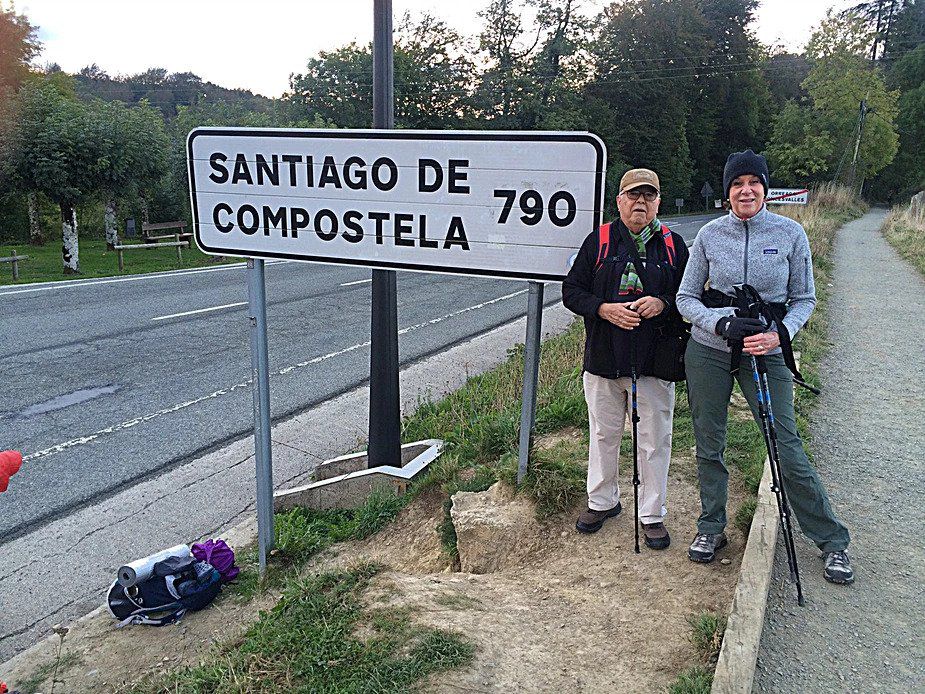 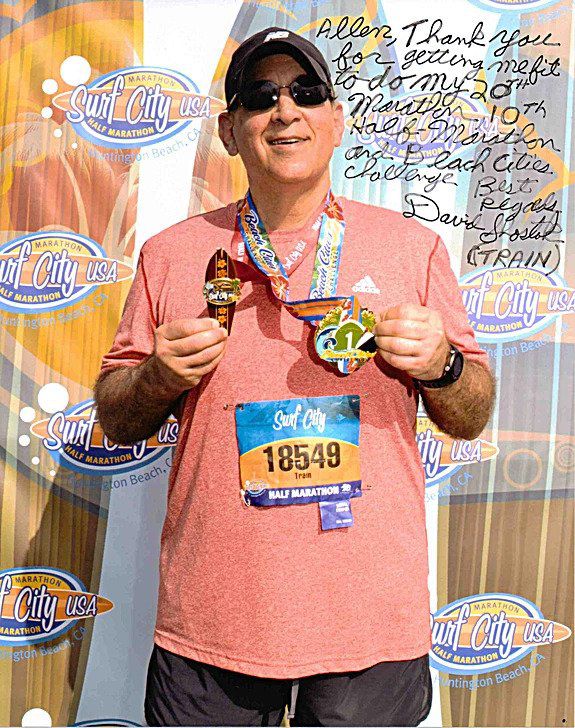 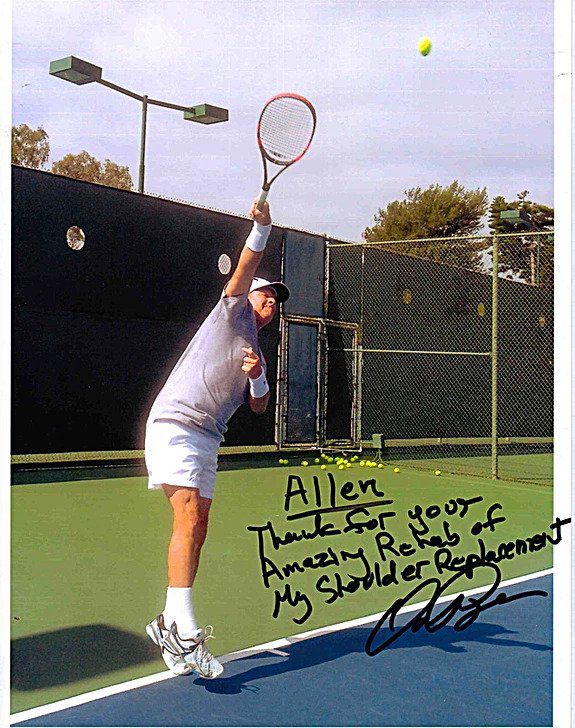 "My doctor said Bone on bone. No more marathons... Guess what I did!"
David S.Doc Says Stop 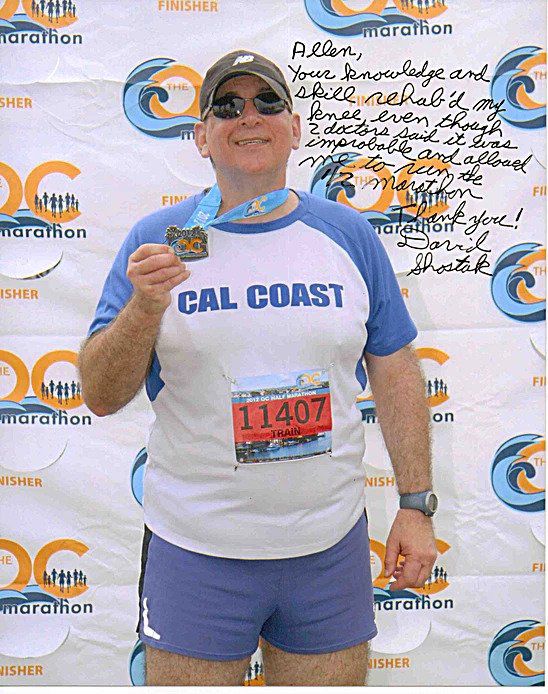 "Within 2 years of diet changes, lifestyle changes, and weekly workouts, I changed my life and I don't even remember that person!"
Candy N. New Life, New Person 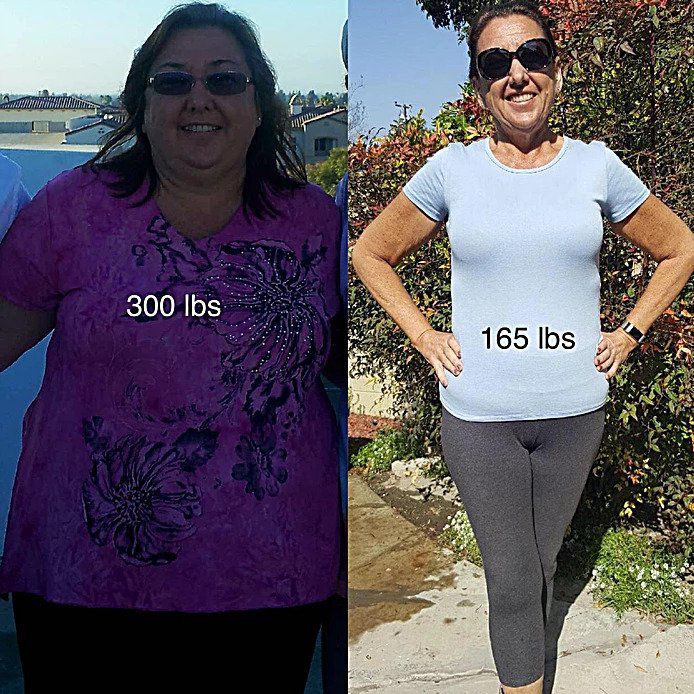 Back on the slopes after some time off and getting the legs strong again.
Bob F. Ski Trip Prep 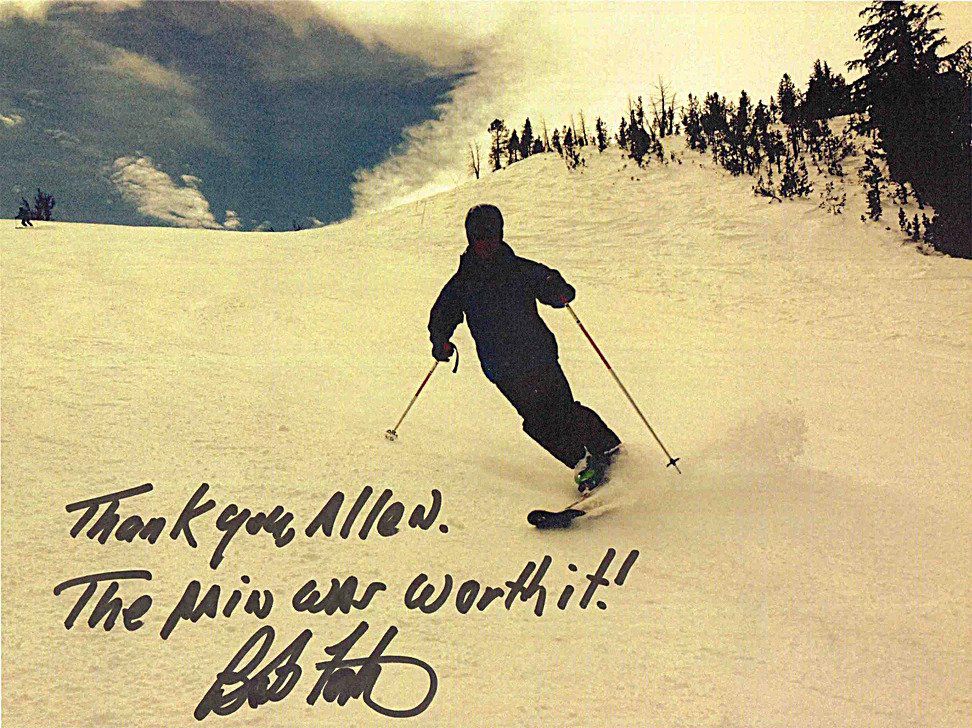 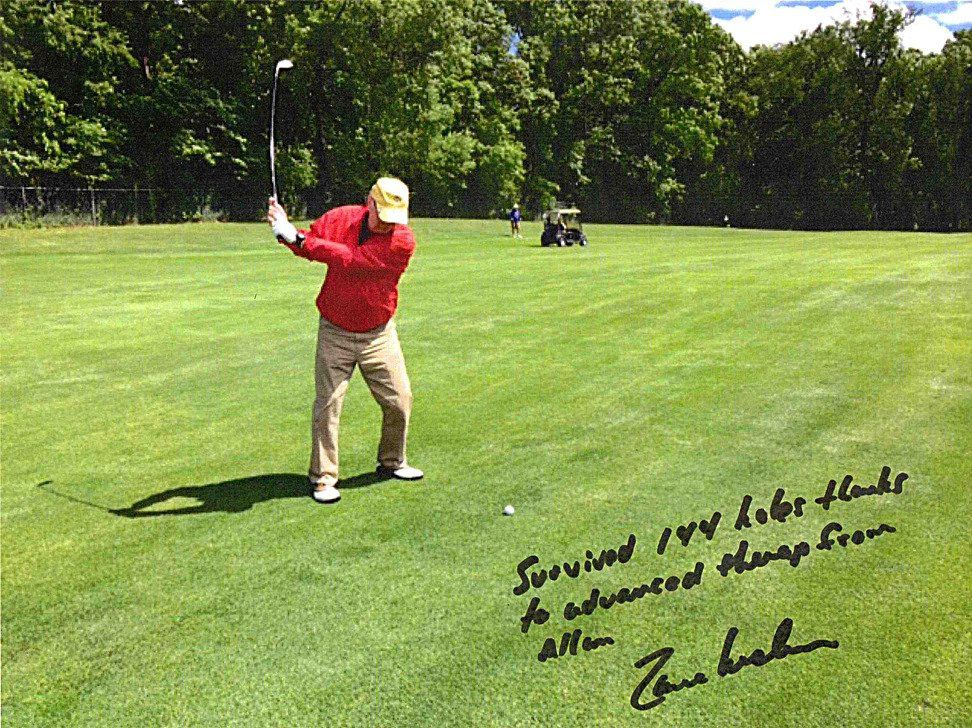 Happy and Healthy to make the trip of a lifetime to see the Tulips bloom in Holland.
Russ & Kathy J.Healthy & Pain Free Travels 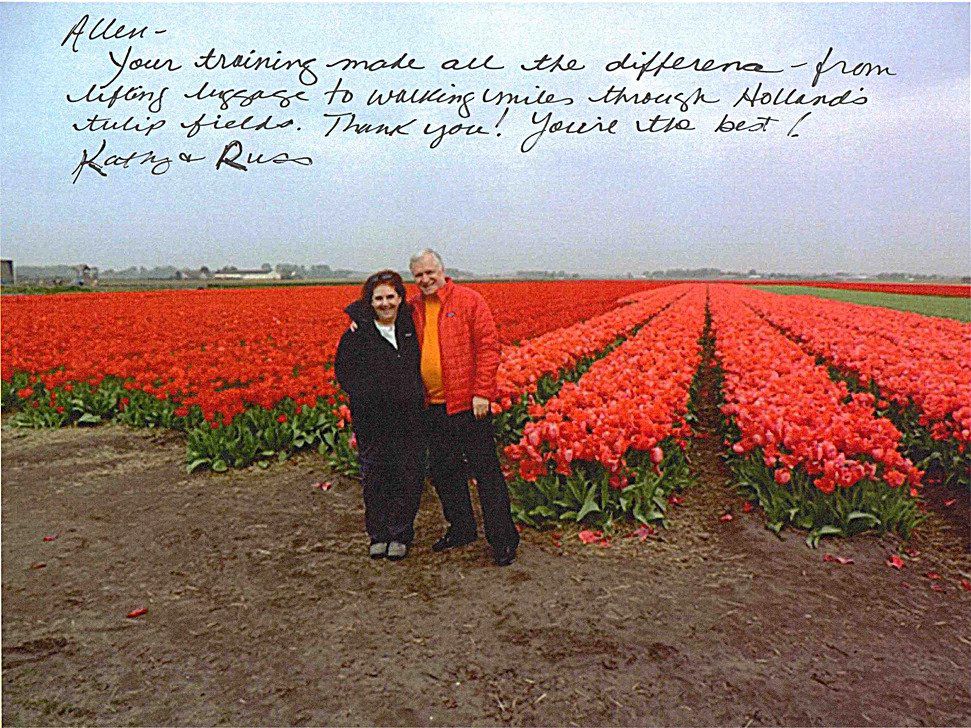